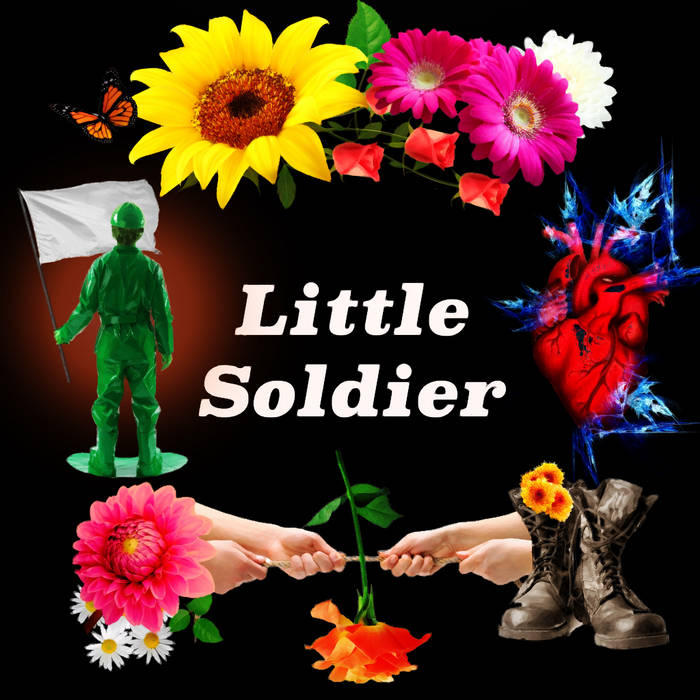 At the end of the last series of prompts, I began to explore the idea of how my coping mechanisms might be related to an impulse to exert control over a circumstance in which I am powerless. Let’s pick up there.

What does it do to my mind, heart, body, and spirit when I fail to change that which I don’t have the power to change?

When I fail over and over in this cycle …
• how do I internalize the fact of that failure?
• how does it affect my beliefs about myself?
• do I ever adopt a view of myself as a martyr to justify or give meaning to perpetuating this cycle?
• what happens to my ability to hope?
• what does it do to my ability to make vital connections with other people?

How might this cycle be a trap?
Whose interests are served by me being trapped in it?

What does the word “powerlessness” mean to me?
• If I have a negative association with the word, why?
• Are there things I can identify over which I am powerless?
• What do I think might be the result of admitting that I am powerless over them?

A war I know I can’t win

In the last exercise, I wrote a little about the experience of coming up against my own powerlessness …

“Did I think I might be able to exert control
over the circumstances?
Or affect the actions of others?
By the sheer force of my most red-hot emotions??
Perhaps I did.
Or least wanted to believe that I could.
To believe that I could exert some sense of power in a circumstance that makes me feel powerless.
But I’m here to report that this effort has been thoroughly unsuccessful.
My attempt at control has not made me powerful.”

And yet I hold so tightly to the idea of control. I keep trying the same strategy, over and over, as though it might work this time. How can I break the cycle? How do I identify and choose another way?

This phrase from the Serenity Prayer comes to mind … “to accept the things I cannot change” … and I know I need to examine my powerlessness.

On its face, it sounds like weakness or disempowerment; but I think that’s wrong.

Here’s what I think that admitting my powerlessness actually is: it’s an essential aspect of acceptance.
It’s getting a grip on what is real; not what I wish reality would be.

Because the truth of the matter is that I am not all-powerful. I mean, great as it might seem to be able, superhero-style, to conjure up the might to exert my power over any circumstance or entity or person, and bend them to my will … that is just not reality.

The truth is that there are plenty of things which I do not and will never have the power to change. That’s just a fact. And yet: I resist that fact time and time again, every time I try to exert control over a situation over which I do not have power.

It’s like taking the same running leap,
over and over,
into the same brick wall.
The wall doesn’t move, and I end up a little more broken.

It’s like sending myself off to a war I know I can’t win.
I’m defeated every time; but if I can’t identify another, better way to cope, I’m doomed to repeat the same demoralizing exercise that does violence to my spirit.

You know the saying about how the definition of insanity is doing the same thing over and over again and expecting a different result? Well, I suppose it’s possible that I’m driving myself to insanity by remaining in this cycle … but what I know I'm doing for certain — as long as I do not “accept the things I cannot change” (i.e. admit my powerlessness) — is that I’m driving myself to ….

When I fail to change that which I don’t have the power to change, I feel defeated, hopeless, despairing.

I don’t have the power to change how another person acts or feels, and yet … in my anger I blame, blame, blame, to try to subtly or even unconsciously manipulate other people into feeling guilty for their actions and changing their ways. If I just lecture or debate them persistently enough, or cleverly enough, sure they’ll see the light and do better, right?! (Wrong.)

I don’t have the power to control or forestall bad things happening in the future, and yet … I blanket myself in worry to create the illusion that I have some control over it. (I don’t.) And wearing that blanket is exhausting.

My energy to do anything is zapped — even sometimes to do the most basic things I need to do to take care of myself and my life.

This is not how I want to live.

But in my exhaustion, I begin to believe that any effort is useless, and that leads me to …

“It’s all just a worthless effort.” I become cynical, nihilistic.

In my cynicism, I’m tempted to escape into my privilege, where the relative safety and comfort I enjoy, thanks to the pure luck of being born into the station in life that I was, allows me not to have to deal with the difficult realities that have been robbing me of my peace.

Catastrophic climate change?
Well, the place where I live hasn’t been affected too badly, yet. So maybe I’m good. Maybe I’ll just decide it doesn’t matter so much after all.

Rising authoritarianism?
Well, I’m not among the most marginalized groups. I’ll probably be safe, for a while at least; so perhaps I’ll just tune out the bad news and live in a blissful, unbothered ignorance.

I give myself a pass, and I look away from those who are suffering, allow myself to stop caring so much — as if it’s the caring that causes so much pain, and not the reality itself.

I allow my heart to harden just a little — because a less tender heart can’t be hurt quite as easily, right?

I become more calloused, less compassionate. And in doing so … I cut myself off a little from my own humanity.

This is not who I want to be.

And so, sometimes — if I haven’t figured out a better way to cope — I resolve that this is reason enough to go back to that same losing war. To march myself back into defeat, over and over again. And that … sounds a whole lot like …

I have, at this point in the progression of my downward spiral, nearly fully internalized the notion that it’s me against the world. That by sheer force of will, I must do what I can to rail (or, really, flail) against these unacceptable circumstances, even if that means sacrificing myself for the cause. Because if not me, then who? Right?!

But in that equation of me versus the world, there isn’t room for anyone else. I’m a little soldier out here all on my own.

And out here, all on my own, I look around at other people …
… and I see a whole lot of people …
who don’t seem to care nearly as much as I do.
I pride myself in caring! Caring is good to do!
But, to be (brutally, embarrassingly) honest, when I’m in this mindset, I can get really judge-y.

Look at all those people who don’t appear to care as much as I do.
See how much I care? Why don’t THEY?

This is not who I want to be.

But I’ve really created quite an island for myself here. It’s an island called …

And man … there isn’t any power at all in being disconnected.

I can actually see that there are others out there trying to do their part to fix all of this. But I can’t genuinely connect with them, because I’m deep into a bunch of behaviors that interrupt my ability to make meaningful connections.

Every once in a while, I might find myself in conversation with another self-declared martyr, and we may bond for a short moment over how righteous we feel about being on the right side of history, or over our shared anger toward those who have invited all of this horror onto humankind. But I know that’s not real, lasting connection. It’s what Brené Brown calls “common enemy intimacy” — I don’t have real connection with a person if it’s based on hatred of someone else. In the end it leaves me feeling more distrustful, more isolated.

I’m disconnected, and defeated; and there’s no one but me around to help me get back up.
I reach a point where I just can’t do it … and then I’m fully immobilized.

Trapped in this spiral of exhaustion, cynicism, martyrdom, and disconnection, I also lose the emotional clarity to see how the really big problems that keep me up at night were always way too big for any one person to take on themselves.

In really looking at all of this, I realize that:

… if I’m immobilized in this way, and if others are immobilized in this way,
… if we have made ourselves into islands because we’ve believed the myths that we’ve built for ourselves, and the ones we’ve learned from our culture, that solving all of this is on our individual shoulders,
… then we have cut ourselves off from accessing the real power within ourselves,
… and we aren’t able to build real power with others,
… and in that state, the status quo will always triumph.

The only entities that win in that scenario are the ones that already benefit from a status quo that is currently destroying democracy and killing the planet. Why would I continue to fight that war on those terms?

It’s a losing mindset that will trap us all forever.

Time for a new approach

So … for me and my spirit, and in the name of actually accessing real power to do something about all of this …

… it’s time to admit and accept that there are some things which I do not have the power to change.

Because here’s the big, magical, anti-intuitive paradox about power:

There is POWER in admitting powerlessness.

When I can lay down my weapons in this futile war of constant defeat — trying to change things which I do not have the power to change — then, perhaps, I can find my way toward serenity, and toward genuine agency.

I want to be done with a failing, soul-crushing, hyper-individualistic effort to grasp for power over anything or anyone.

What I want is …
… to find my way to connection with others, where together we can build power with one another.
… and to get more connected to myself, where I can nurture the power within me.

Next time: it’s time to do some radical acceptance.

I march out alone
It’s not bravery, it’s panic
A contest for control
Where I have none
Perpetually vanquished

I’m deployed with the truth
And I come back a cynic
Tell me whose position improves
While I keep confirming
There’s no way to win this?

from Good to Me, track released March 15, 2022
written by Shannon Curtis
published by Shannon K (ASCAP)